adminJanuary 31, 2014Adventures from the roadNo comments

This past weekend (gosh has it already been a week) I officially began my next pageant. It was a complete and total crazy rollercoaster but it was so wonderful!

The weekend started with me racing across the bay towards the mountains. On Thursday was the info meeting, I left work early, grabbed the corgi and hit the road. I literally got ready in the car thanks to the miracle of propane curling irons and sitting in an hour in traffic.

I got there just in the nick of time, only to be the most over dressed person there! Ahead of time I read the requirements for contestants and it indicated to be dressed in full western dress at all functions (boots, belt, hat, the whole shebang). Turns out that rule did not apply until AFTER the official kickoff.

The next day, Friday, was spent getting sponsors. It was very busy running back and forth around town, but overall super successful; I am over halfway to my goal of $1500! I also spent the morning getting to know my mount for the following day. I borrowed our friend’s barrel horse Twister, most of you probably know I am not a big barrel racing fan. After thirty minutes or so together we were best of friends and I told my friend that Twist would rather be a reiner than run barrels. That was until mom and her friends stuck a barrel pattern in front of me. I have to admit it was pretty fun!

Saturday was our qualifying “preride” apparently they have had girls in past that were such poor riders they caused actual danger to those around them. Considering the fact we will be riding in several parades and a grand entry in front of thousands of rodeo fans, better safe than sorry. I of course was over dressed (I like clothes, sorry I’m not sorry).

Last but not least was the big kickoff event on Sunday. The start of the evening we signed our life away, after going through a big long contract we were officially contestants of the Mother Lode Round-Up. We gave speeches introducing ourselves, I was completely nervous and shaking. But apparently I nailed it, one person was overheard in the crowd saying they should just give it to me now. After we mingled and sold tickets, I was able to knock out two of my 20 books. Luckily this time I was dressed just right, in a red leather skirt and top.

Overall it was an amazing weekend, so here’s to the next 4 months! 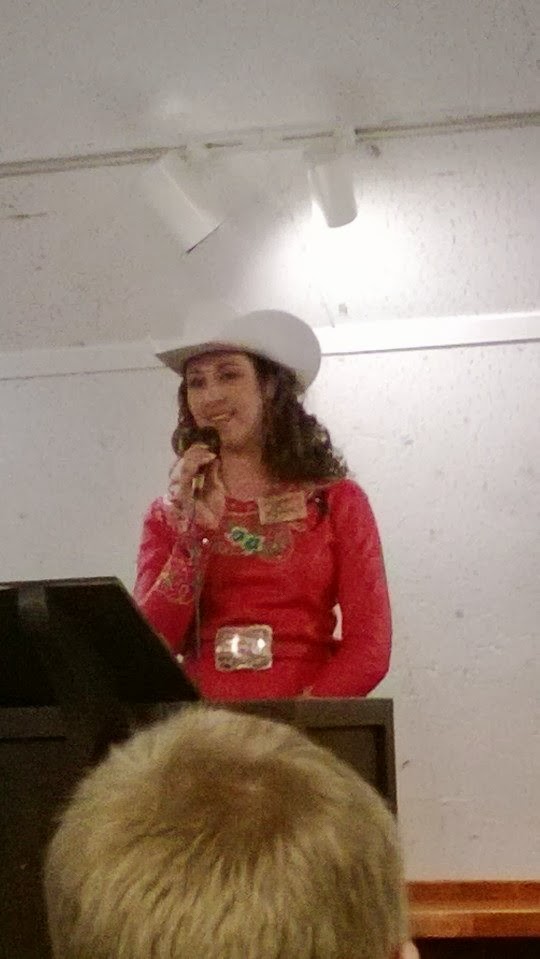 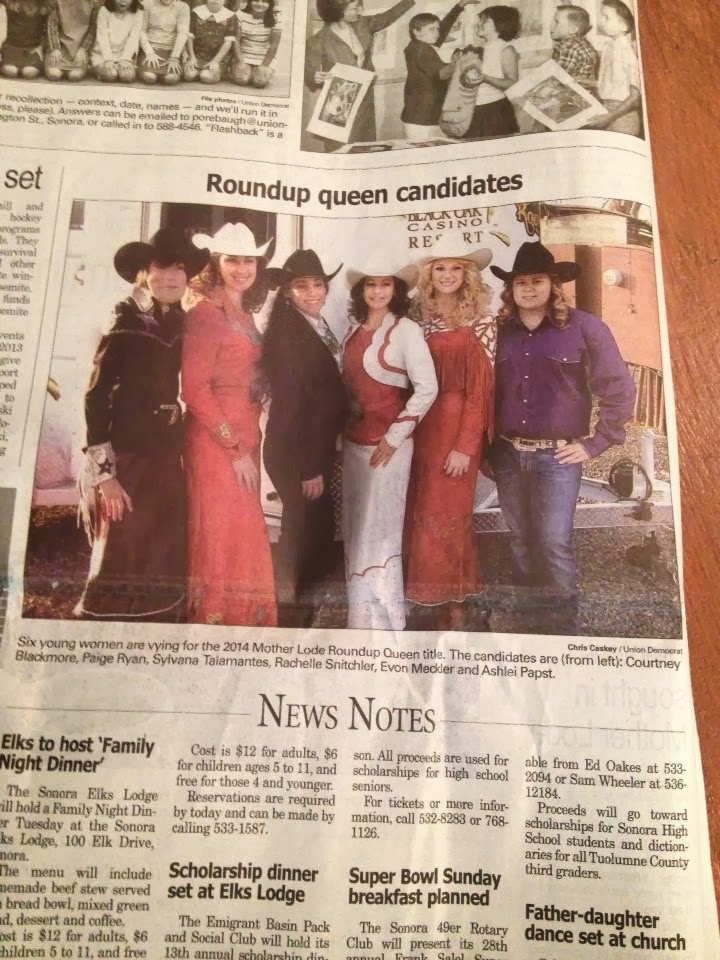