adminApril 19, 2015Adventures from the roadNo comments

I am home from my crazy weekend and preparing for another! The roundup season is upon us and I apologize for being a negligent blogger. 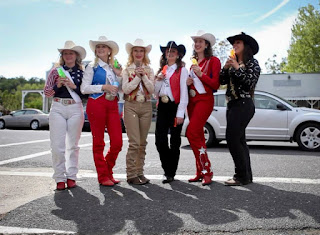 Last weekend was really possibly the best rodeo weekend thus far. I arrived in Oakdale late Friday evening after working, loading and such
When I got into town the real work began, Kim (another queen) and I spent the next 8 hours finishing vests for the parade and rodeo the following day. In case you aren’t a math major, that mean I did not sleep. 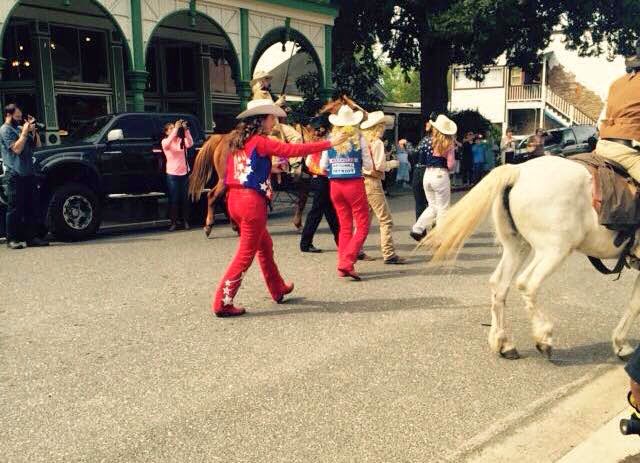 Come 5 am I had to start getting ready, by 6:15 I was loading Mouse into the trailer…. Well sorta… I spent the next hour fighting my all too sassy and all too slept and refreshed horse refuse to load in the trailer. I arrived late and very frustrated to our parade staging. The parade itself went well, a wide and easy route it is one the the best run parades that we ride in as contestants.

We raced up the hill to drop off the pony and get ready for our Coyote Sam shootout. The few minutes that I had off between events I spent chasing down the mail man who had my newest custom hat that had just been finished!

Coyote Sam was a blast as always, and I was reminded of the true sense of community and awesomeness of this rodeo. We ran off the bandits, and made a few adorable little admirers along the way. 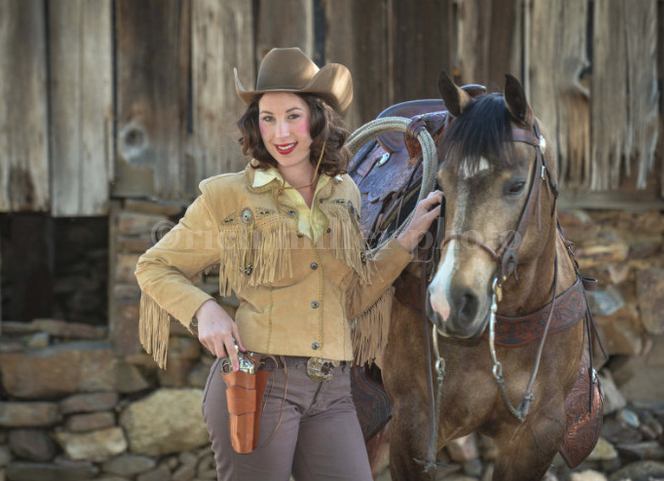 The following day I was up bright and early for my photogenic photo shoot. Last year this was laborious event in which Mouse broke her good leather halter, refused to put her ears up, and proved to be a very unhelpful partner. This year was an entirely different story. I chose to do a “themed” shoot, channeling my inner Dale Evans and Roy Rogers, due to the fabulous buckskin horse and my own brown hair. With the exception of the dogs at the ranch running off with a brand new container of paddock cakes, we had a fun and successful shoot. 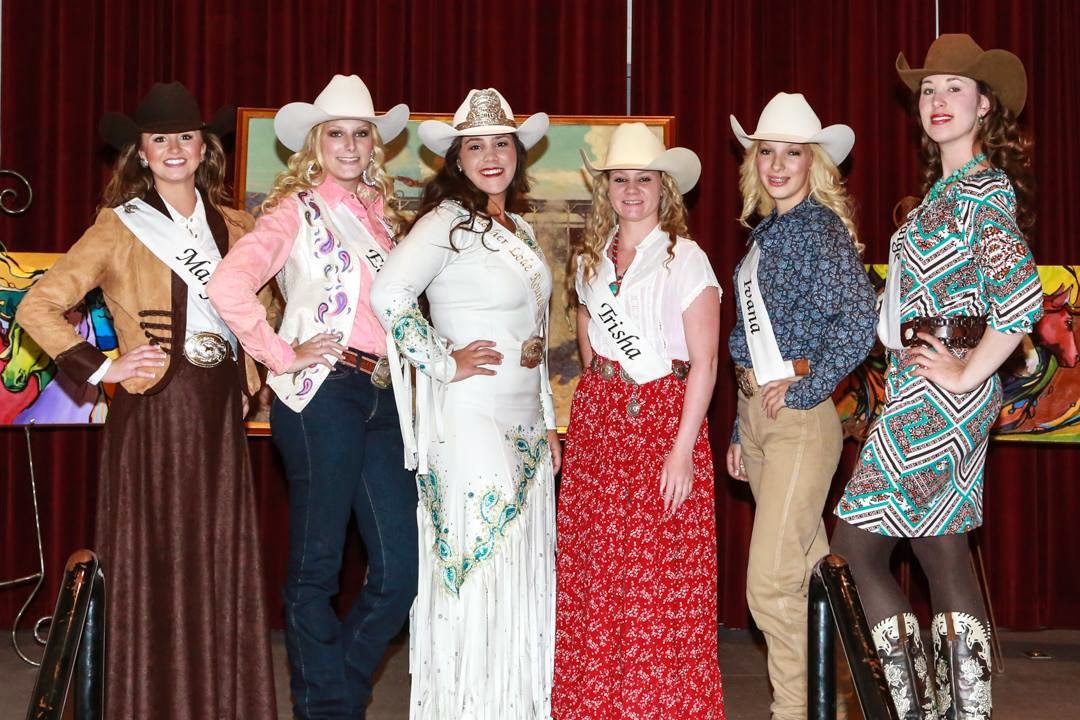 In the middle of the day was the Cowgirl Luncheon and Fashion Show, one of the only “girls day” events during the rodeo, and a personal favorite. I modeled for 5 super cute stores, and had the opportunity to wear my fabulous new hat.

After the show we loaded up and headed back across the bay. Daddy took my truck home because it was still being finicky (good thing because halfway there the shifter cable broke). Mom brought Mouse and I to my house then headed to LA the next day.

Im getting ready for the coming weekend and it’s craziness, and hopefully I can get better at updating you guys in the mean time.