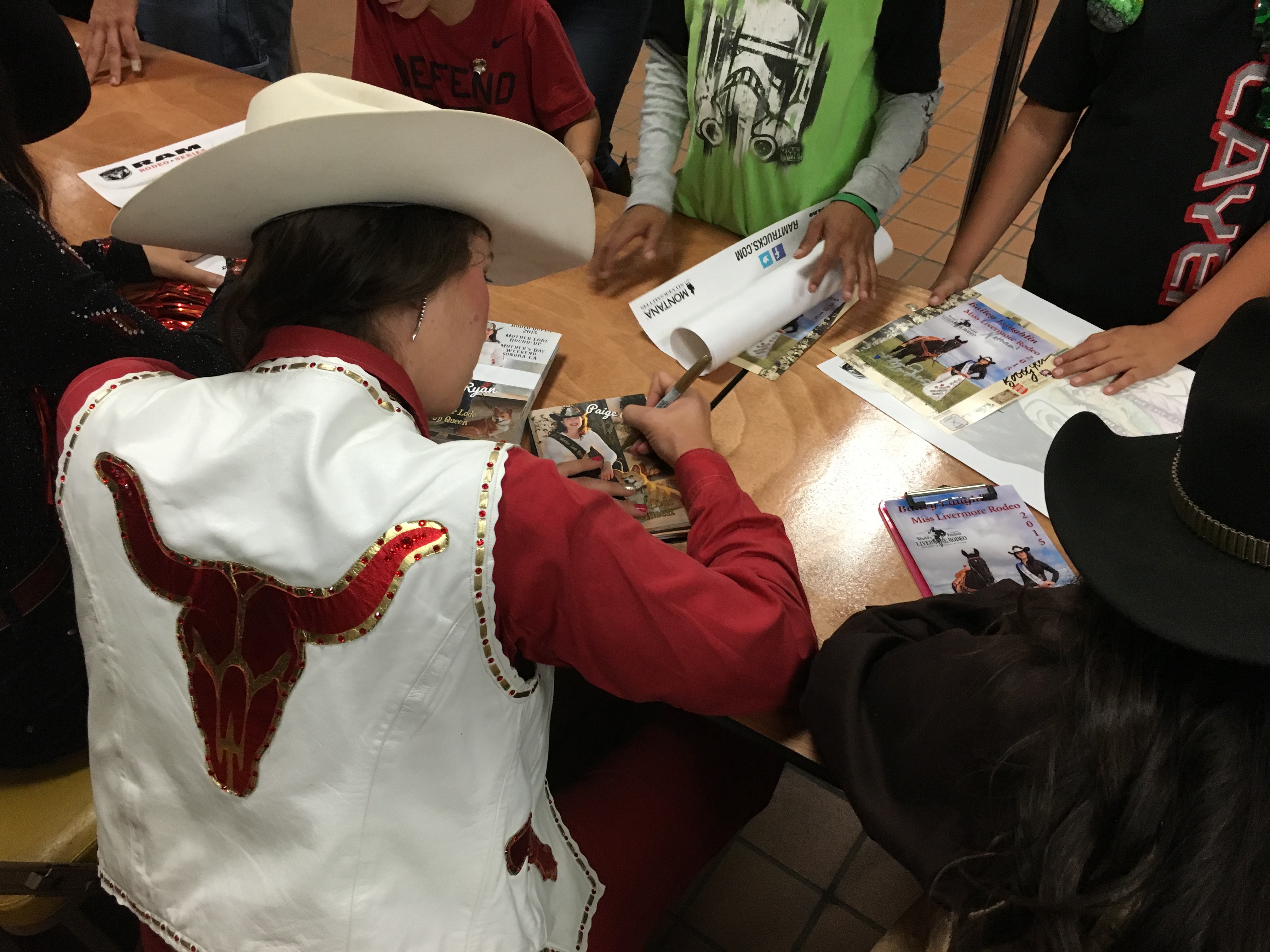 adminOctober 24, 2015Adventures from the roadNo comments

I have written and re written this blog post because Blogger keeps eating it, so I am literally the worst posting this so late.

We just finished one of my favorite, yea I know I say that about them all! But pretty sure it is actually true, the big one the one that started it all. Well the crazy idea that I’d make a rodeo queen, the Grand National.
After we left Circuit Finals we headed north back to SF.  It was the rare occasion with less work that week than usual and my parents to myself. But in true Ryan fashion most of that was spent at the rodeo grounds.
Mom and I put our time into Miss Mouse and cooking for the guys. Dad decided help move equipment in the stock barns. Which basically meant an excuse to play with a front loader for seven days (he likes big tractors).
We did manage a little sightseeing in my SF neighborhood. Also mom and I went once… ok maybe three times to my favorite fabric store. While there we found literally the most perfect fabric for THE most perfect outfit. It will remain a secret for a while but let me tell you it is fabulous.
On Friday I reconnected with a friend I meet last year who takes care of all the social media for the Cow Palace and several other large agricultural productions.  Because she is super fun and game for anything she agreed to let me help her with the social media during the rodeo.
So Friday night we saddled up and started off the first performance for that week. Miss Mouse was a stunning example of rodeo perfection, and I’m pretty sure she’s forgotten all about her previous trauma at grand entry last year
After I did my run I put her in the stall and headed down to the moat. This is the circular area around the arena where the rodeo personnel, photographers, and all the cool kids hang out.
I spent the rest of that performance shooting photos, taking video and helping to cover the action going on in the arena. It was pretty much a dream come true getting to ride in a grand entry and cover from the marketing side. I’m pretty sure like my life has peeked and I could die tomorrow completely happy…… ok I’m only sort of kidding.
Saturday morning I was up bright and early to wish my friend Emilie good luck as she competed for Miss Grand National. From interviews, to speeches, to the horsemanship (where she and her pony Rocky were fabulous) she really shone!
Then came the category everybody waits for, the mystery category. Or an event that’s not announced until the very end of the contest. It’s been anything from a silent judging component, to draw a horse contest and this year it was a written test. So after the girls finished their written test we headed to the barns to saddle up and get ready for that night’s rodeo performance.
After I did another rodeo run it was back down to the moat to get ready for the coronation of Miss Grand National. While waiting I shot some great photos of the beautiful saddle and waited anxiously, I’m pretty sure I was just as nervous as the other girls. Until finally they announced our 2016 Miss Grand National as Emilie Montoya. It was really exciting to get to watch on the arena floor and take photos as Emilie was crowned and receive the title she’s worked so incredibly hard for!
And after a few more hours of action we killed the lights on another performance at the Grand National Rodeo. I don’t know if it’s the history or being back in San Francisco but something about this rodeo gets me every time. Although nothing compares to my sweet little Mother Lode Round-Up, its amazing to know that the sport of rodeo is still alive and well in a place such as San Francisco.
So Mouse headed back in LA to enjoy some more vacation in the sun and I’m back hard at work. But the rodeo season isn’t over just yet I’ve got a few more parades and hopefully we’ll get a chance to stop by the National Finals this year. Come January it starts over again. I can’t believe my year is halfway over. But there is nothing that has compared to traveling this year as the Mother Lode Round-Up Queen.