adminSeptember 10, 2013Snapshots of My LifeNo comments

One of my greatest aspirations in life is to be considered a belle. Not like the annoying thing at old churches but a stunning classy home grown debutante. Though I may not have grown up in the South, in some ways I am as far from Californian as it gets. I adore my state and would’t change it for the world. But there’s many a time I hear my father reminisce of bailing hay or my mother riding the hunt fields; it makes me nostalgic for a time far from the iPhone dependent technology infused world I live in.

When my mother came up with her latest hair brained idea (though 99% of them are good, but don’t tell her that) I realized that it just might be exactly what I was looking for in my hopes to shape myself into a beautiful graceful belle. It was one of those ideas that start out with an I wonder, and soon take on a life of their own. Needless to say, while on her tangent my mother came to me with her famous words, “so it kinda sounds crazy but I had an idea.”
It was quickly followed with the matter of fact statement, “you should run for rodeo queen.” After nearly dropping my latte, it occurred to me that she might be on to something. I mean what girl doesn’t dream of being a princess (hello Disney) and what could be more graceful, womanly and wonderful than representing the historic sport of rodeo. Plus it seemed pretty cool to picture myself competing exactly as she did many years ago in the historic Cow Palace.
After telling mom I might possibly get around to thinking about it, I did some research. Though I was competed in rodeo for a while before my rope horse passed away, and have always helped my dad yearly at with his Sherriff rodeo; I never put much thought into the girls that wore the crowns. Sure they  wore outfits that often were on the same level as my show tops, but it seemed like a job for the barrel racer types…SOOO not me.
Almost two weeks and extensive research later, I decided to go for it. If nothing else it seemed like an honor to ride in the same ring for the same title as my mother– a short 35 years later. Of course as anything in my life I knew I had to do it big.
From pulling together outfits that would’ve made even Liberachi say woah tone it down; to enlisting the coaching of a former Miss Rodeo California. I realized how much it was like what I already know and love. From reining with my darling Mouse, to knowing the difference between bull dogging and steer wrestling (if you don’t know you can’t sit with us… jk well sorta). It combines all of the skills I know and love.
So I teased up my hair, donned my favorite sparkles, and convinced a nice photographer man to take some snapshots. Then I packaged up my entry and sent it off! Since then my life has been a whirlwind of keeping up with work, coaching and of course fitting in time with my Unicorn (can’t forget my hunter jumpers) to acting practice aka pretty much sorority recruitment and flag running which Mouse is not impressed with.
All in all I am pretty stoaked to have the opportunity and confident that I won’t do half bad! So you can follow me on my wild and crazy ride the next month and a half as prepare to compete for Miss Grand National Rodeo. 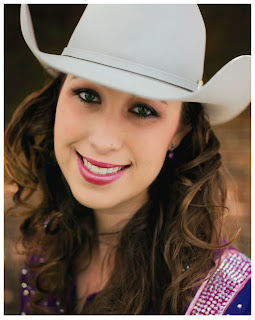