As I sit in my big girl office, designing websites and doing other big girl job things. I got a notification that one of my favorite bloggers posted her latest “blog hop” I have been blogging for about 4 years sporadically but have only very recently gotten into an acutal blogging community. I figured what better way to kick off my first blog hop then with the entire reason for my existence.

So what possesses us to get up at 4am ok usually 4:15am, to put ourselves in outfits that are uncomfortable, hop on 1200 lb animals that could kill us and function on coffee and no sleep, with a giant smile on our face.

For me the answer has always been as my Big says le duh, because I just do…..

Growing up, part of the fuel to my fire was my mother; sometimes she forced me, sometimes it was to make her proud and others to prove her wrong. As I grew I developed my own fire, with each title and each point I was closer to a goal. Be it getting my high over fences at the Regional Pony Finals, or knowing as they called your number at the World Show that every judge in that arena thought you were the best rider there. Each passion had a driving fire, national standings, to NCAA recruitment offers, my time in the saddle held a purpose. 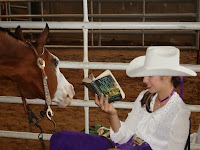 In college it was a different rush, it was bonding with your teammates, painful workouts, even more painful injuries and a billion crappy horses.  (Because let’s be realistic no one donates a horse for free if it’s perfect.) You realize that the time in the ring means both nothing and everything. You couldn’t judge your abilities solely on the effects of a half lame or half crazy (or both) horse. But those two minutes were a physical manifestation of the 5 am workouts, 2 hour no stirrup lessons, and months in physical therapy. A Reserve National Championship meant that not only did the underdog succeed, but you weren’t bat shit crazy for sticking the whole thing out. 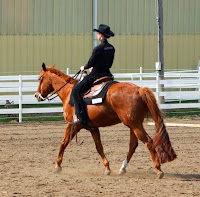 What most people don’t realize is after college I quit riding (granted it was for a whooping 3 months, but still). After 22 years of the laughter, blood, sweat, tears and screaming I had had enough. When I looked at the breed show circuit I saw nothing that Ray and I could accomplish after over 15 world and national titles. With a very dangerous hunter having killed my confidence I was terrified to jump; and my dad told me under no circumstances was the reiner we bought in college allowed to be mine. I tried showing/catch riding, but I hated not having a connection with the horse.

So I moved, sold all my clothes, most of my tack, and started my big kid life. But I would come home after work and feel like something was missing. So a lesson or two turned into a few rocky leases and crazy barns later. Finally it all fell into place, I found a wonderful team to coach for and a reason to show again. I realized that I could still feel a rush from riding, it might be having one of my students finally nail an entire pattern without stirrups,  or giving a washed up old show horse a human to love again, or even trying my hand at rodeo queen something I had always wanted, but the points and the placings got in the way. 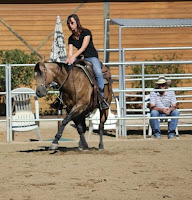 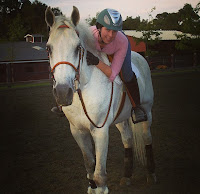 Though my upcoming “show” is not really a show at all I realized that my passion is back, I come home each night, study speeches, make clothes, post for hours without stirrups, or just clean tack. But finally, once again I feel it.

“The reason I show, is to feel alive.”